Modern groundwater flow pattern start in summer precipitation forming rivers (EC ~500 μS/cm) and recharging the aquifers. After infiltration water travels throughout sediments where some boreholes in the range of 35–100 mbs are installed (EC ~2,000 μS/cm). The isotopic signature in those boreholes does not change significantly despite their increased salinity.
Summer precipitation represents about 80 % of the annual rainfall. The origin of the major recharge in the aquifers is precipitation in the upper lands and mountains. The precipitation over the lowlands is retained by clay and then evaporated.
Four circulation systems were distinguished in the alluvial fan of River Paria.
1. Located on top, including sub-systems from the surface until about 20 mbs.
2. Situated below the latter and reaching abstraction levels (~100 mbs) is the intermediate one.
3. This system is assumed as a transition between the modern flow system and an older and deeper one, it might be also a transition between sediments and bedrock.
4. The fourth and the deepest flow system is the regional one. Just a few samples refer to characteristics at ~400 mbs.
Shallow systems flow towards the well-field in the alluvial fan, owed in great part to the constant abstraction. The natural discharge zone of regional flow might be located further than the limits of the study area, in the Lake Poopo. 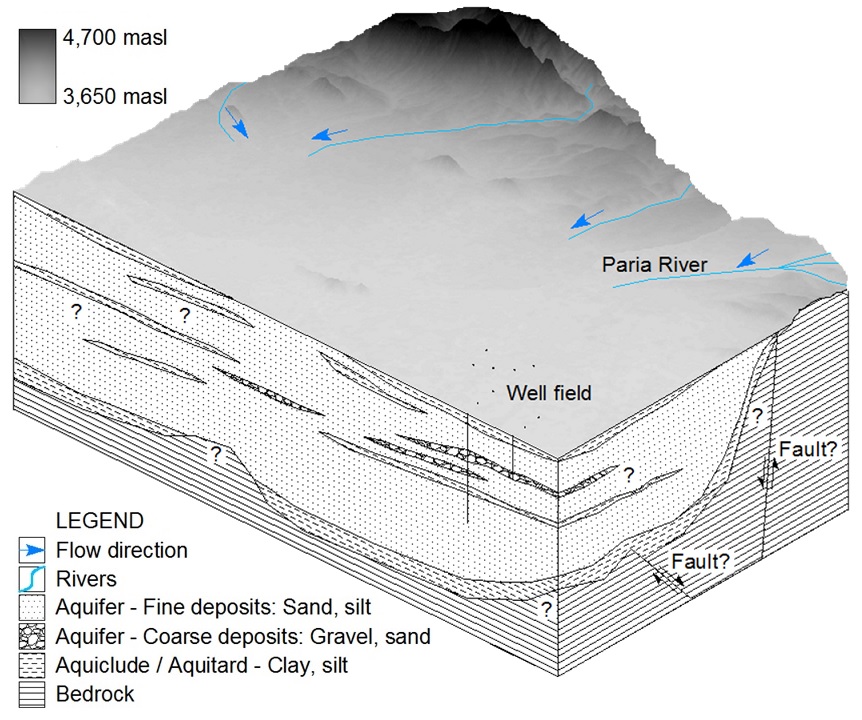 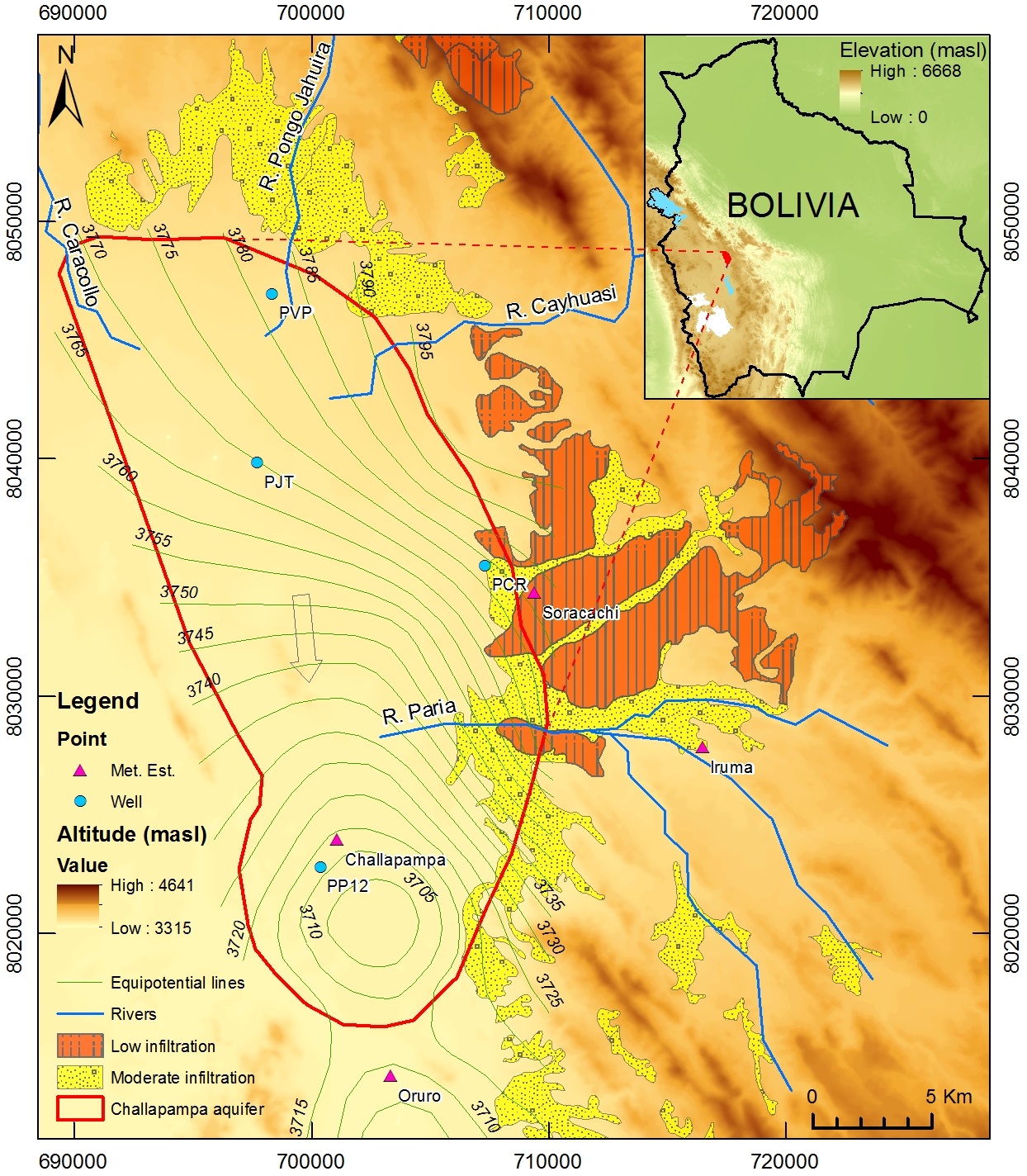